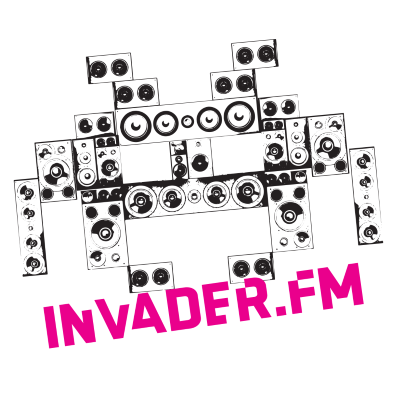 Space Invader Radio - ‘The best little radio station in the Galaxy’. In 2004, upon closure of what was Eat the Beat (Bristol’s finest ever record shop) the DJ and producer collective born out of the shop spread out to the far reaches of space. Records were released independently of one another, and they still worked as DJs but never together. Until March 2008, when the founders of the station tinkered around and found that it was relatively easy to transmit 130bpm squelchy bass noises across space. When a birthday brought them all back together, they unleashed their idea on the rest of the crew. They were back in business and the station was born. Space Invader Radio هي محطة إذاعية تبث في المملكة المتحدة, تبث بتنسيق إليكترو / ريغي / موسيقى الروح / درم آند بيز