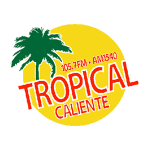 WFNO, "Radio Tropical Caliente", is a Spanish-language radio outlet that serves the New Orleans area. The station, which is owned by Crocodile Broadcasting, operates at 1540 kHz with 1,000 watts of power only during the day and is licensed in Gretna, Louisiana. Like KGLA, WFNO was one of the top 40 stations before its transition to Spanish-language programming in the 1970s. They are also the first and oldest Spanish outlet in New Orleans. Initially called Radio Mil, it served as an indispensable link for the growing Hispanic community. The founders of the broadcast in Spanish at the station were, presumably, Julio Guichard, from Cuba, and Alberto Carrillo, from Costa Rica. Guichard is no longer involved in the station but has maintained the presence of local media. KGLA - Tropical Caliente 1540 AM ist ein radiosender in USA, ausgestrahlt im format Tropische Musik