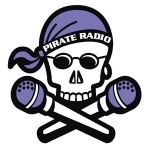 WDLX (930 AM) and WGHB (1250 AM) are radio stations broadcasting the sports talk format. The simultaneous broadcast of WDLX / WGHB is owned by the Pirate Media Group. WDLX, licensed in Washington, North Carolina, USA, serves the Greenville-New Bern area. The station was signed on air March 3, 1942 as WRRF. The calls meant "We radiate true friendship." In 1962, telephone letters were changed to WITN, thanks in large part to the eyeWITNess news format adopted by Bill Roberson, the owner of WITN-TV. Roberson also signed a contract with a subsidiary FM station, WITN-FM, at a frequency of 93.3 MHz (today WERO) on September 6, 1961. These stations used the same callsigns in FM and AM until 1985, when the FM function became WDLX and AM returned to WRRF calls. They lived in the same building until about 2004. WDLX - Pirate Radio 930 AM est une station de radio diffusée en USA, au format Variétés