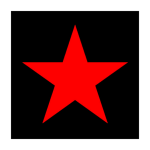 "Guerrilla Radio" is the lead single and second track from the 1999 album The Battle of Los Angeles by the band Rage Against the Machine. The band won the Grammy Award for Best Hard Rock Performance for this song. "Guerrilla Radio" was also featured on the soundtracks for video games such as Tony Hawk's Pro Skater 2, Madden NFL 10 and Guitar Hero Live, as well as being a downloadable track for the Rock Band series. Guerrilla Radio en sändningsradiostation i USA, som sänds i format Elektronisk / Hårdrock / Heavy metal / Punk