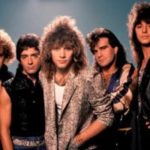 Jon Bon Jovi put together his first band when he was just 13 and has been wowing rock fans ever since. We have gathered together the best songs from the huge catalogue of his eponymous band to bring you All Bon Jovi All The Time. Exclusively Bon Jovi is a broadcast radio station in United Arab Emirates, broadcast in format Rock

Exclusively Bon Jovi
0/5
based on 0 Votes