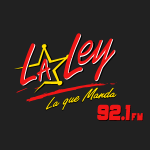 WAFZ-FM (92.1 FM) is a radio station licensed for Immokali in Florida that broadcasts in the regional Mexican format. The format reproduces many new and current hits in the format of the Mexican region. At one time, he also played Tejano Music Music in the 1980s at the sister station WAFZ-AM. Initially, WAFZ worked on WZOR-AM 1490 and English, programming contemporary music and news for adults from morning until 3 pm. He then changed his format to regional Mexican / tejano. The early DJs who worked there were Gabino Soliz, "EL CHAVO ALEGRE" and Irma Ayala. The station continued to broadcast for a long time until the mid-1990s, then remained silent for a while until what was now called WAFZ was bought by Glades Media and at the same time broadcast what WAFZ FM (regional Mexican format) performed. WAFZ-FM - La Ley 92.1 FM es una estación de radio en USA, transmitido en formato Musica local