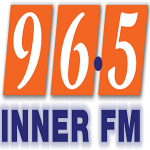 The station, 981 3HA, covers Western Victoria including Hamilton, Dunkeld, Halls Gap, Casterton, Penshurst and Heywood. 3HA has a golden history with Western Victoria dating back to 1931. It began broadcasting from a large building on the corner of Gray and Kennedy Street. 3HA remained in that location until 1975 when a fire ripped through the building, destroying it. In 1976, 3HA moved to it’s current location on Brown Street, where it underwent extensive renovations in 2002. 3INR Inner FM 96.5 FMは オーストラリアの放送ラジオ局です、ヒット曲 / 環境音楽形式で放送