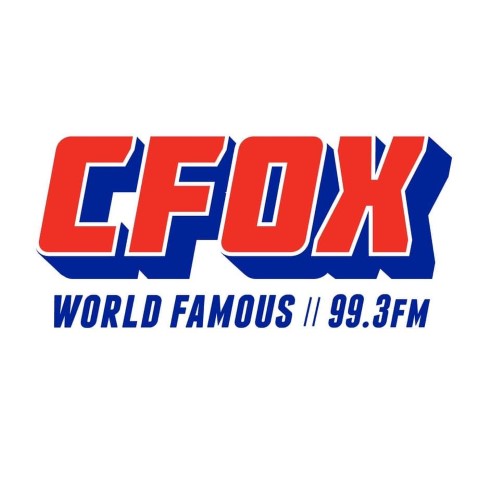 The World Famous CFOX // 99.3 FM. CFOX-FM is a Canadian radio station in Vancouver, British Columbia. It broadcasts on an assigned frequency of 99.3 MHz on the FM band with an effective radiated power of 100,000 watts (peak). The transmitter is located on Mount Seymour in the District of North Vancouver, with studios located in Downtown Vancouver, in the TD Tower. The station is owned by Corus Entertainment. CFOX has a modern rock format, as it reports to Mediabase as a Canadian alternative rock station. 99.3 The Fox Rocks는 캐나다 의 방송 라디오 방송국입니다, 록 음악 형식으로 방송