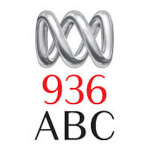 ABC Radio Hobart is the ABC Local Radio station for Hobart, Tasmania, owned by the Australian Broadcasting Corporation. It currently broadcasts on 936 kHz on the AM band. Originally the station broadcast on 1160 kHz, in 1953 switched to 940 kHz, and in 1978 to the present frequency ABC Hobart z Australia, nadawany w formacie Wiadomości