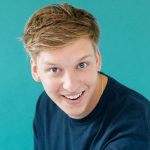 The English singer, songwriter and guitarist who first rose to prominence with the release of his hit single, “Budapest”, which reached number one in several countries and he hasn’t looked back since. All George Ezra All The Time. Exclusively George Ezra, Birleşik Arap Emirlikleri formatında yayınlanan, yayınlanan bir radyo istasyonudur Top 40