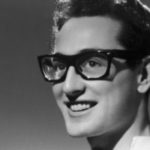 A Rock and Roll pioneer who was lost to us far too soon, but his music inspired many stars who came after him and his songs are enjoyed as much today as when they first took the world by storm. All Buddy Holly All The Time. Exclusively Buddy Holly, Birleşik Arap Emirlikleri formatında yayınlanan, yayınlanan bir radyo istasyonudur Pop Müzik